It was a brisk winter morning in New England. I opened the barn as I did every morning, and began to let each horse out to pasture one by one. As I usually did, the last stall door I opened was for a white mare named “Babe.” Her heavily curved back from all of her years of riding, her thick winter coat, and the look in her eyes told me everything that was on her mind at that moment. “I am too old, and it is too cold.”

As usual, I ventured off to grab my manure rake and gave Babe her time (which she usually took a lot of) to make her way outside. I began raking the first stall and after about 15 minutes I looked over the aisle and saw that Babe’s stall door had closed, with the mare still in it. I put down my rake and walked over, reopening her door. I went back to my duties, diligently raking through the hay. After about 5 minutes, I curiously peeked again to see if Babe had in fact finally made it out to pasture. Once again, her door was closed, with her still inside her stall. I put down my rake and this time began to search about for my uncle, who was also in the barn. I asked him if he had closed Babe’s stall door. In complete honesty my uncle replied that he had not, and that he had been washing out food buckets for two of the Quarter Horses.

I shook my head in confusion, strolled again to Babe’s door to open it for a third time. As I made it back to the stall to resume my chores, I picked up the rake and curiously looked over my shoulder. It was then that my mystery was solved. I saw Babe reach her chin over the stall door and diligently nudge it shut while slowly backing herself. She would lower her head, grab the rail beneath her chin and slowly nudge inch by inch, until the door had closed completely, so that she could stay in her warm stall. I laughed to myself at such a feat. Babe looked at me as if to say again, “I am too old and it is too cold.”

Mares are one of the most beloved horses among avid horse owners. There’s a sentimentalism that applies to the appreciation people have for them. It is an old bond for those that have had their mare for the majority of her life; and for those that acquire a mare later in life, still poses equal admiration for their uniqueness.

For those that do not know, a mare is a female horse (or other equine) over the age of 3 to 4 years old. You may also hear the term “Broodmare,” which is a mare used exclusively for breeding. A mare in the wild actually receives great honor. She is the one that leads the herd to grazing areas, water sources, dictates movement of the herd, and of course; procreates to ensure the future of the herd, and nurtures the young.

In 2016 an awe-inspiring mare named “Zenyatta” was inducted into the National Museum of Racing and Hall of Fame. Her races were so extraordinary that she took 1st place in every race she ran except one, where she took 2nd (in 2010.) This is an amazing feat since her reign spanned for 3 consecutive years!

Mares are known to be temperamental to say the least and quite dangerous even, especially during their heat cycle. This is why some people prefer male equines over females. However, there are hormonal medications that can be given to make a mare in season easier to work with. 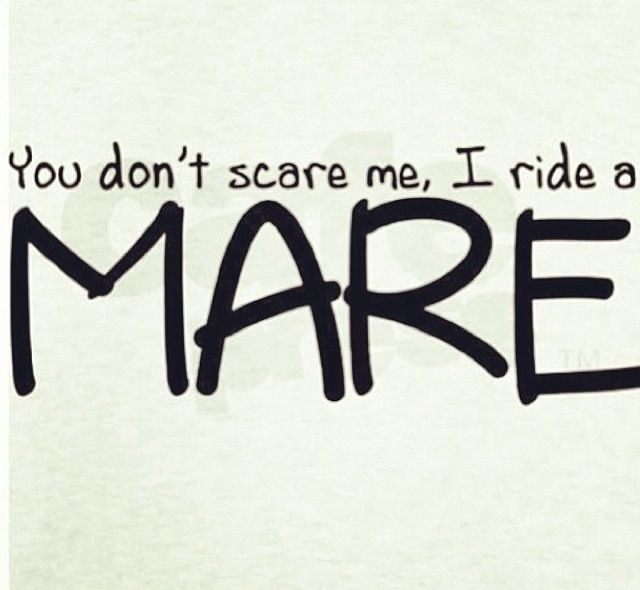 Although mares are not always such “easy keepers,” they have proven to be one of the most amazing creatures to have ever graced the earth. 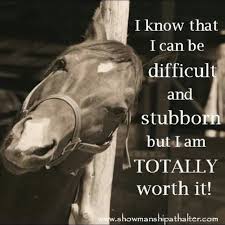