The award-winning 2019 film Bohemian Rhapsody starring Rami Malek as Queen’s lead singer Freddie Mercury, was not far from the truth at all when one scene showed Freddie (Malek) phone calling his fiance/wife, Mary, to subsequently talk to each and every cat in their household while away on tour.

Many interviews with friends and family describe that this was actually a common behavior of the late singer.

Throughout the course of Mercury’s life, he had owned 10 cats. Dorothy, Tiffany, Tom, Jerry, Goliath, Lily, Miko, Oscar, Romeo, and his favorite Delilah.

Delilah was adopted in 1987 (the same year he was given his HIV/AIDs diagnosis) and was so close to Mercury’s heart that the song “Delilah,” on the 1991 album Innuendo, is said to have been written by Mercury in her honor.

Although the majority of the cats were adopted from shelters, (way to go Freddie!) only one was given as a gift. “Tiffany” was a purebred who had been gifted to Mercury by his ex-fiance/wife and forever friend, Mary. (Although Mercury proposed, an official wedding never took place. However, he considered Mary his common-law wife, since none of his male partners could ever compare to her in Mercury’s eyes.)

After revealing his bisexuality, Mary offered to mother a child for Freddie, to which he replied that he would rather have another cat.

The 1985 album Mr Bad Guy created by Mercury, was in fact dedicated to his cats. 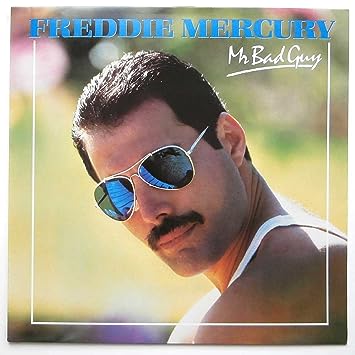 “This album is dedicated to my cat Jerry – also Tom, Oscar, and Tiffany, and all the cat lovers across the universe – screw everybody else!” said Mercury.

In 1991, Donald McKenzie, a friend of Mercury’s, obtained photos of Freddie’s feline friends and painted them on a silk waistcoat, which he wore for the filming of the “These are the Days of Our Lives” video. 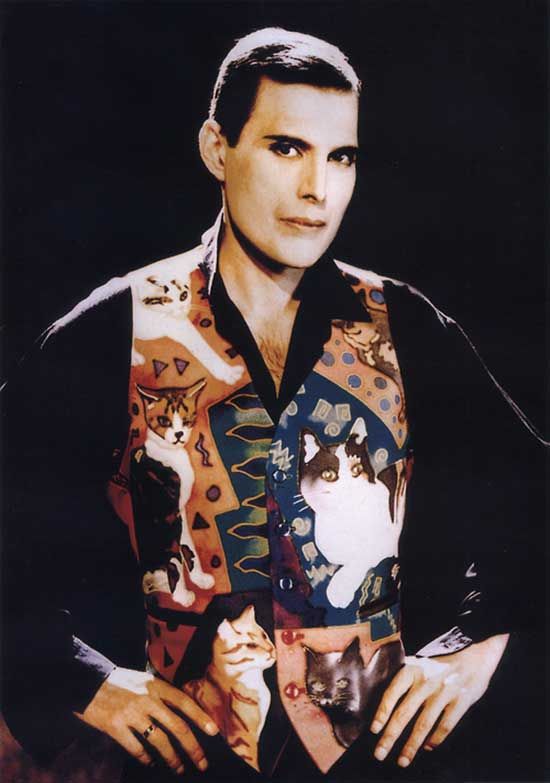 Freddie Mercury would make sure that each cat had a Christmas stocking full of toys and treats.

Mercury’s boyfriend Jim Hutton recalled the day when Goliath kitty went missing from the Garden Lodge Mansion property. “Freddie became frantic, and in deep despair he hurled a beautiful Japanese hibachi through the window of the guest bedroom.”

Jacky Smith, director of the Official Queen Fan Club explained that, “They did get ordinary cat food at times but mostly it was fresh chicken and fish prepared for them.” Smith also included that photos of his cats would also often appear in the Queen’s club newsletters.

According to Rolling Stone, Freddie Mercury would spend hours trying to paint with watercolor a portrait of his beloved Delilah. His love for her ran so deep that it has been reported that one of his last actions while on his deathbed, was stroking her fur.

Check out this home movie of a day in the life of Freddie Mercury at Garden Lodge. Video includes Freddie following his cats around and sneaking a peek-a-boo at his boyfriend gardening.